If you want to cut down on your cable or satellite TV subscription, there are many better options on the market. Google Chromecast is unquestionably a must-have home entertainment device for anyone who enjoys watching TV shows over the internet. If you want to learn everything there is to know about Google Chromecast, you’ve come to the correct spot. In this write-up, we are going to explore Google Chromecast Review, Setup, Features, Overview, and many other necessary settings.

Chromecast is Google’s own digital media player. It is aimed at entertainment junkies and is supposed to be reasonably priced. Chromecast’s latest iteration resembles a dongle in appearance and allows you to wirelessly broadcast video material to your TV. You won’t have to pay any monthly or membership fees if you use Chromecast. Purchase it for a one-time fee and begin using it immediately. Read Google Chromecast Review to know more about it.

It is ultra-portable and uses the plug-and-play method of operation. To begin, simply plug the Chromecast dongle into any smart TV’s normal HDMI connector. You can access it on the HD TV after connecting its cord to the power outlet. Chromecast is unique among streaming devices in that it lacks both a native user interface and remote control.

For example, Firestick and Roku each have their own interface, specialized remote, and access to their respective app stores. Chromecast’s users, on the other hand, should stream videos using devices such as Android/iOS or a PC with the Chrome browser. Those external devices can also be used as a specialized TV remote, allowing you to easily control media playback.

Google Chromecast comes in a variety of configurations. The first-generation Chromecast looks like a USB drive with an HDMI port integrated into it. It’s a normal Chromecast with 2 GB of storage and the ability to transmit up to 1080p material. In terms of design, the second-gen model is a modified version of the first-gen model. This Chromecast type features a disc-shaped casing and just 256 MB of storage.

It comes with a flexible cable that connects to the TV’s HDMI port. The first and second-generation versions are no longer available. The Google Chromecast review, the third generation is now the most affordable device, costing $35. It can play 1080p videos at 60 frames per second. Another type is the Chromecast Ultra, which costs $69. The ultra-model, which costs twice as much as Chromecast, supports videos in 4k ultra HD and HDR resolution.

Tip: If you realize that your device is not working, try to clear the Google Chromecast cache.

Chromecast is a portable media player that resembles a dongle. Initially, you should connect it to the TV’s HDMI connection and plug it into the power wire. With the help of any cast-compatible apps on your phone or PC, you may stream media material to your HDTV. In other words, if Chromecast is linked to the same Wi-Fi as your phone/PC, you can screen mirror your material to the large screen. Because it lacks a remote, use the phone or computer linked to Chromecast as a remote to easily control video playback.

To use the Chromecast dongle, you’ll need an Android or iOS smartphone with the Google Home app.

Step 1: Plug the Chromecast gadget into the smart TV’s HDMI input port. (Make a mental note of the port number.)

Step 2: Connect the power wire to the outlet. Make sure wires are connected correctly.

Step 3: Change the TV input to which Chromecast is attached using the remote.

Step 4: Launch the Google Home app on your Android or iOS device. If you don’t already have it, you can get it from the Google Play Store or the App Store, accordingly.

Step 5: On your phone, open the Google Home app. To accept the terms and conditions, select Accept.

Step 6: Turn on Wi-Fi to allow your device to search for nearby devices.

Step 7: Once Chromecast has been found. Select the Continue button to begin the setup process.

Step 8: A code will now appear on Google Home and Chromecast TV. If they appear to be the same, touch the I See It button.

Step 9: Give the gadget a name and then click Continue.

It’s that easy to set up a new Google Chromecast device. You may start casting media from your portable to your TV with this.

What can you stream on Chromecast TV?

You may cast practically any media after connecting Chromecast to your TV. You may screen mirror practically anything from TV shows, series, and movies using cast-capable apps on your Android/iOS device. Moreover, you can also listen to music or podcasts from famous services on TV in addition to watching videos. If you have the Chrome browser installed on your computer, you can cast a tab to a Chromecast-enabled television with a single click.

What can I do other than Streaming Videos on Chromecast?

Chromecast not only allows you to cast video files such as movies and TV episodes, but it also allows you to cast audio files. It allows you to view local media assets on your phone, such as photographs. So you use a cast-compatible photography program to cast your photos on the big screen. Other than that, you can screencast your local media files to HDTV using applications like AllCast, LocalCast, and others. In this Google Chromecast Review, we also described how you can cast it from any device to Chromecast. Check below.

How to Cast from Android/iOS on Chromecast

Follow the steps to cast any material to Chromecast TV if you have a cast-compatible Android or iOS app.

Step 1. On your Android or iOS device, open any cast-compatible app. Take, for example, Netflix.

Step 2. On the app’s home screen, look for the Cast icon. It is frequently found at the very top.

Step 3. Select Chromecast TV as the name from the pop-up menu.

Step 4. Once connected, touch on any movie or media on your phone to play it, and the same will be screencast to Chromecast TV.

How to Cast Media from Google Chrome Browser on Chromecast

You can cast anything to Chromecast TV if you have a Chrome browser.

Step 1. Open the Chrome web browser on your computer by clicking.

Step 2. Go to any official online streaming service and sign up for an account. Take, for example, Netflix.

Step 3. Select the Cast option by right-clicking on the screen.

Step 4. Select the Chromecast device name from the Cast tab.

Step 6. Now, tap on any video on your desktop to play it on the TV, which will be screen mirrored.

Step 7. If your PC and Chromecast are both connected to the same Wi-Fi network, the video will instantly be cast to your television.

Google Chromecast is without a doubt the best media player available. It’s ideal for people who don’t want to pay for cable television. Even if you enjoy mirroring your smartphone or Chrome browser screen to your TV, Chromecast is an option. Above all, it is a cost-effective player that can screencast practically any media file. After reading Google Chromecast Review you may have some questions in mind. Check below the FAQs of Google Chromecast to clear your mind from questions.

Yes. Even for visitors, Chromecast works nicely. Simply enable guest mode in the Chromecast settings to allow anyone with a Wi-Fi connection to cast media to your HDTV. Make sure Chromecast is within 25 feet of your visitor device. Otherwise, the user must enter the four-digit pin displayed on the TV into their device’s app settings.

Is it possible to use Chromecast outdoor?

Yes. Chromecast is a small, portable device. As a result, you can take it with you wherever you go and watch it on any TV. Make sure you have a portable Wi-Fi device that you can plug into the Ethernet socket. Connect the Chromecast to the TV and configure your device to begin casting media.

Yes. Google Assistant is supported by Chromecast, allowing you to control media playback with your voice. Connect your Chromecast TV to the Google Home app and say “OK Google” then select “Speak ‘file name'”. Then say the streaming player name from the drop-down menu on the device.

Are there any Chromecast alternatives?

Yes. There are a few options if you want to control payback with a remote or find a user interface. To stream your favorite video stuff on your HDTV, you can try Roku for $30 or get Apple TV for $150.

You may also like to check Best Netflix Alternatives. 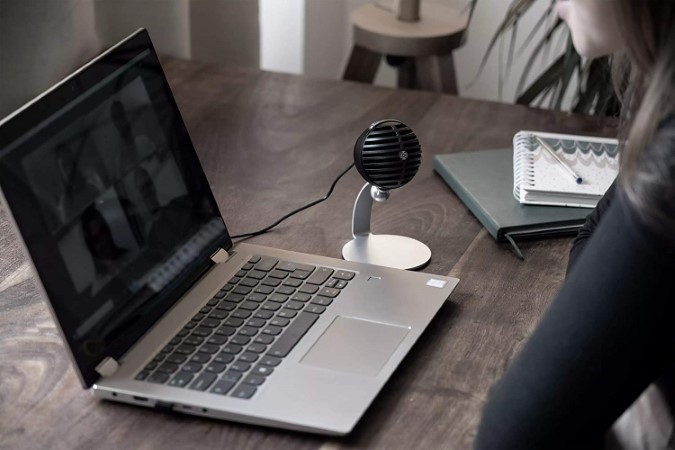