Android is an Open Source Software platform. In 2007 Android OS Was launched First commercial smartphone By HTC. Now 85.14% of the smartphone market is powered by the Android operating system. Everyone Need to Know Android Versions list A to Z…

There are many versions of the Android operating system, the First Version of android was called Android 1.0 or Android Alpha From then Android 11 many updates and many changes. Everyone needs to know about Android Versions list A to Z With Full Details. 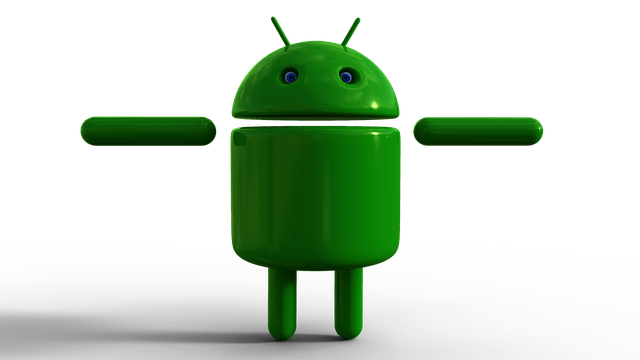 Android 1.5: The third version of Android Cupcake, but it’s the first major new iteration of Android. This version was released on April 27, 2009.Android 1.5: Cupcake is the first Sweet name select by Google. In this version google upgrades lot of things like a third-party virtual keyboard, Widget, copy and paste feature in a web browser, Video recording in MPEG-4 and 3GP formats. Android 1.5 cupcake comes with auto-rotation, upload youtube videos photos, and many more features. Overall we can say the Android 1.5:Cupcake version is a huge step for android and Google.

Image Credit: en.WikipediaAndroid 1.6: Donut is the fourth version developed by google. Android Donut was released on 15 September 2009 with a huge update and new features. Let’s see what those updates Voice and text search updated, Bookmark history, developers can include their content in the search result, Gellary, and camera faster access, WVGA screen resolutions, Expanded Gesture framework, CDMA/EVDO both are supported, 802.1x, VPNs and a text-to-speech engine. In this version, google add new and more updated technology. 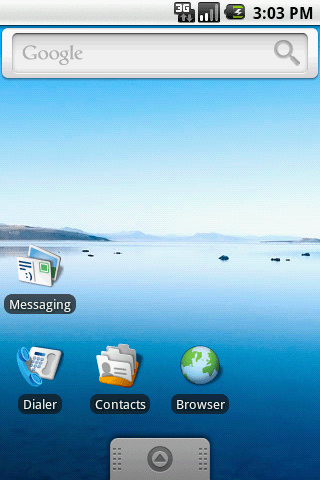 Android 2.0: Android Eclair is the Fifth operating system for android developed by google. This version was released on October 26, 2009. Android 2.0 Eclair is the 3rd version of Android, Android 1.5: Cupcake and Android 1.6 Donut upgrade Big step for next upcoming version So let’s talk about Android Eclair 2.0 support multi-touch support, Faster typing on the virtual keyboard, google map update, Addition of Auto-brightness and many more.

Android 2.2 Froyo is google’s 3rd android version. Android 2.2 Froyo was first introduced on May 20, 2020. In this version, google Fixes many issues and included many features. So let’s see what is that, 2.5x boost Speed, memory, and performance optimizations, Integration of Chrome’s V8 JavaScript engine into the Browser application, Wi-Fi portable hotspot, Application backup API was also added here, Android Market got “Update All” and “Auto Update” functions, support high-PPI displays such as four-inch 720p screens, installing applications to the SD card and More update. 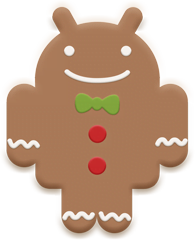 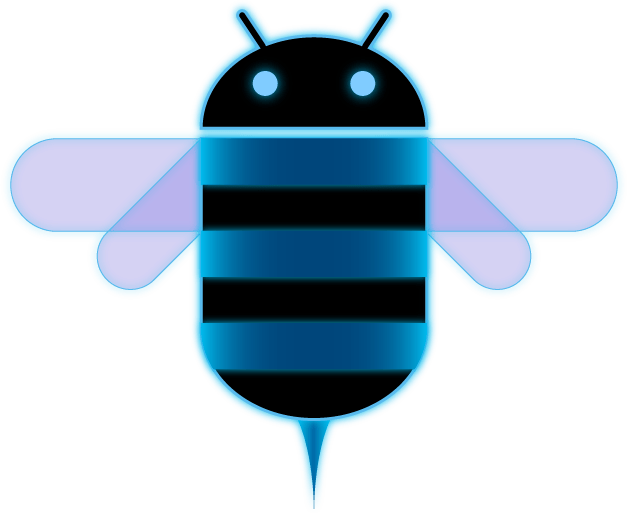 Android 3.0: Android Honeycomb is the Eighth version. This version is Designed mostly for Tablets or larger screen sizes. In this version google add Customizable home screens, Recent Apps view for multitasking, redesigned keyboard to text easier on large-screen devices like tablets, and Many more Update.

Android 4.0: Android Ice Cream Sandwich is a One-off major milestone android version. Android Ice Cream was released on 19 October 2011. This version changes the smartphone interface with the feature. So let’s go and see what is an update in this version Better Web browsing, Respond to calls with text, Resizable widgets,
Multitasking better than iOS, take Screenshots, Home screen improvements, New system font, and many more updates. 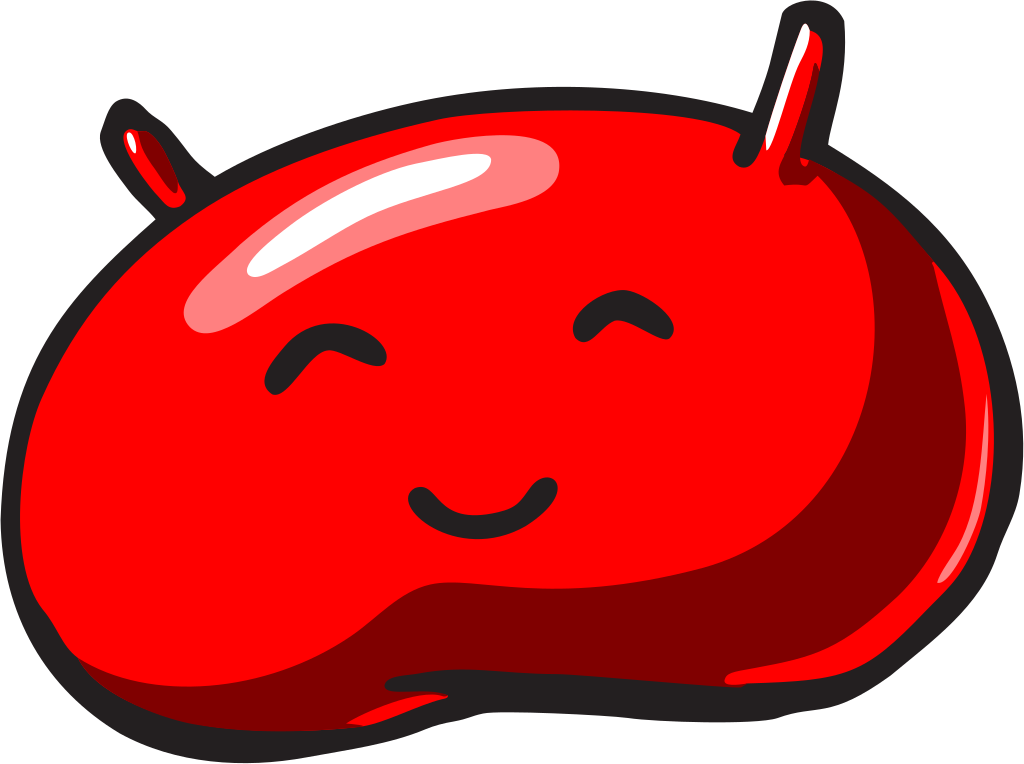 Android 4.1 to 4.3.1: Android Jelly Bean is the tenth version of the android version developed by google. There are three versions 4.1 and 4.3.1 released on a different dates. Android 4.1 releases in June 2010 and two more releases in October 2012 and July 2013. In that version mainly focus on performance improvements and ton of update by google. 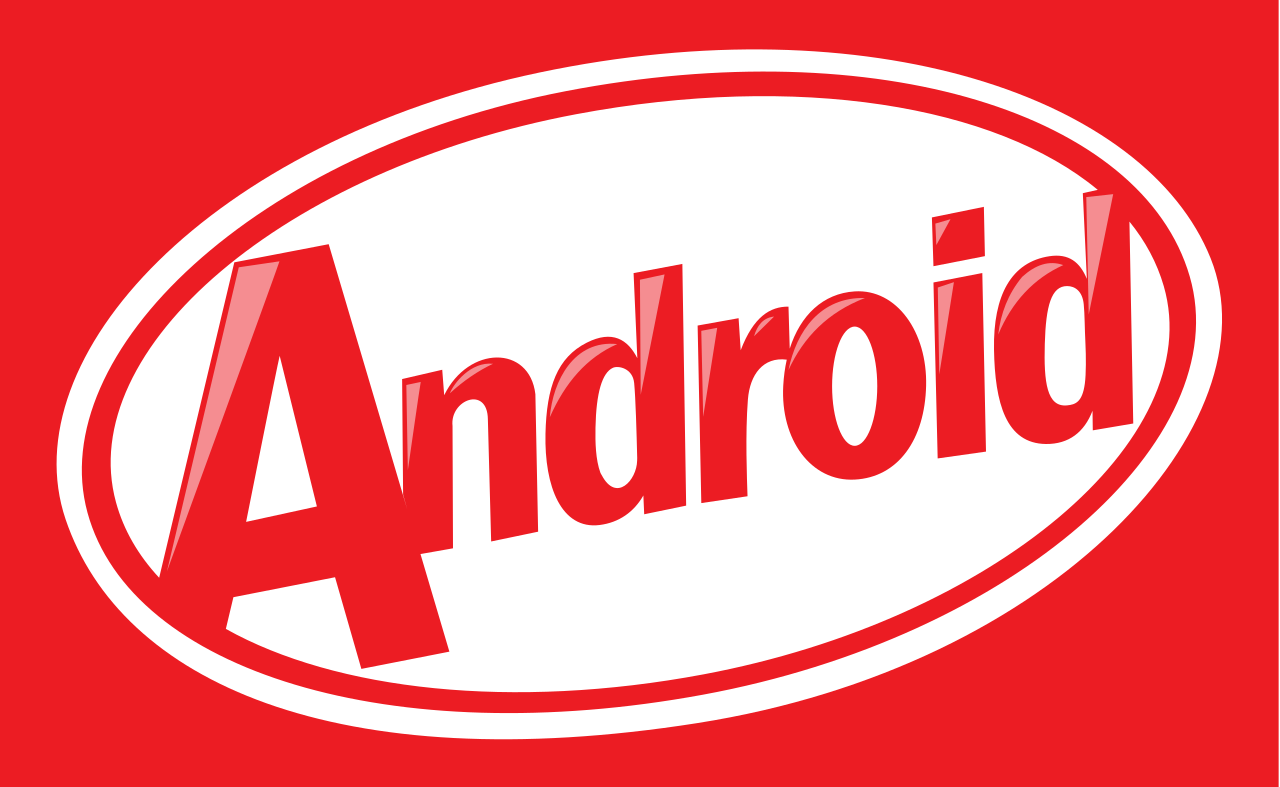 Android 4.4 to 4.4.4: Android KitKat is the eleventh version. Android 4.4 version was released in September 2013. This version Mainly focused on the operating system for improvement. Click here to know more about Android Kitkat. 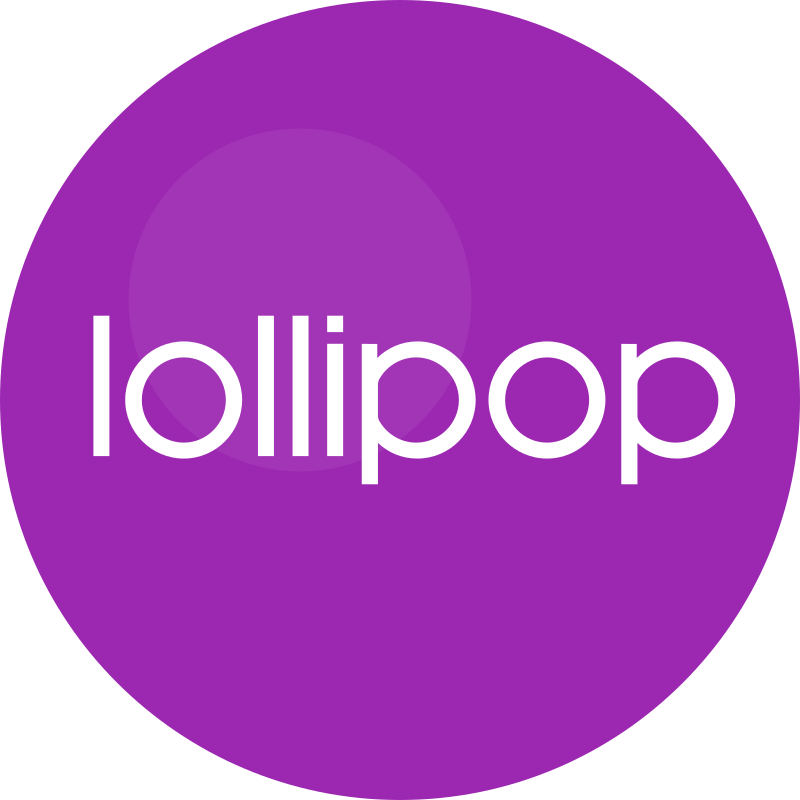 Android 5.0 to 5.1.1 Android Lollipop is the fifth major version developed by google and the 12th version. This version was released on June 25, 2014, at the google I/O 2014 conference. Android lollipop 5.1  comes with Material Design standards. So let’s see what is the Lolipop 5.1 update refreshed the notification system, improve battery consumption through a series of optimizations, PC-level graphics for 3D games, and a lot of multiple updates. 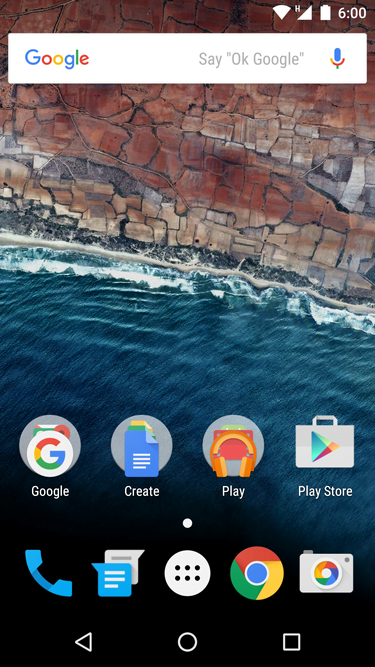 Android 6.0 to 6.0.1: Android Marshmallow is six major versions of the system and the 13th version of Android. This version was released on May 28, 2015, update. This version comes with a lot of updates, support fingerprint recognition, USB-C, migrate data and applications to a microSD card, Google Search app feature “Google Now on Tap”, introduces new power management, authenticating Play Store and Google Pay purchases, and a lot of multiple updates click here to know more. 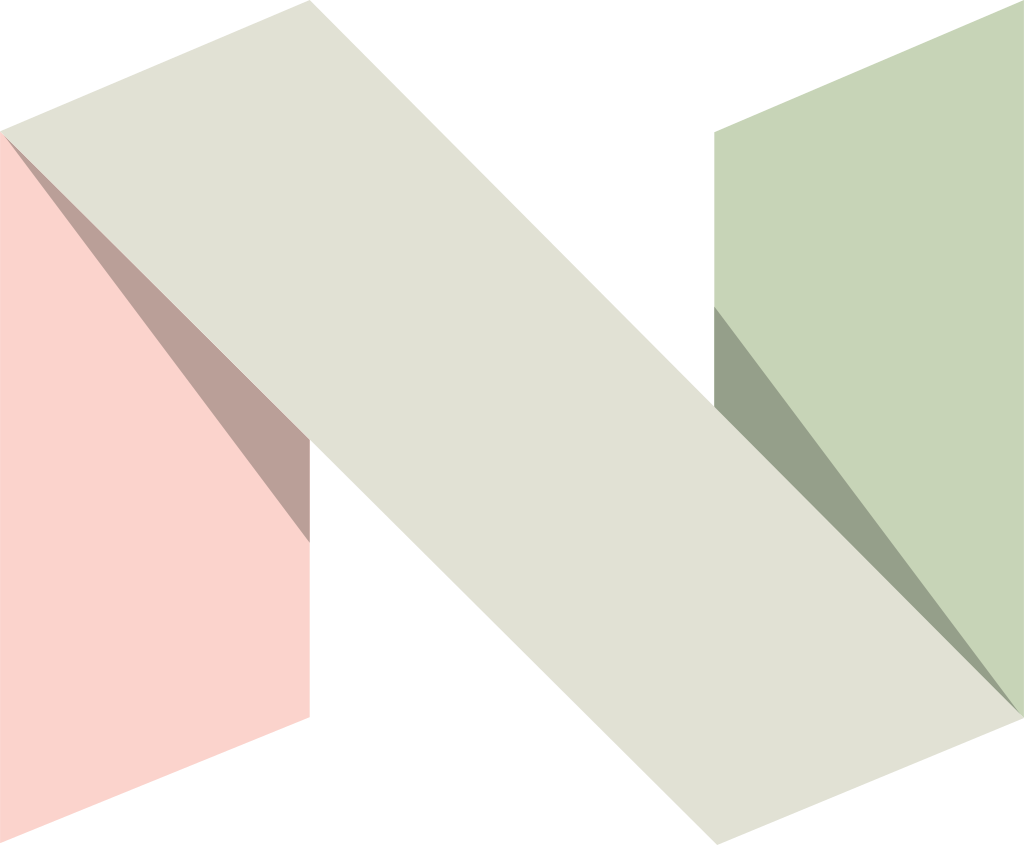 Android 7.0 to 7.1: Android Nougat is the Seventh is the major version and the 14th of android. Nougat introduces notable changes to the operating system, Displays multiple apps on-screen at once in a split-screen view power-saving mode and a lot of multiple updates click here to know more. 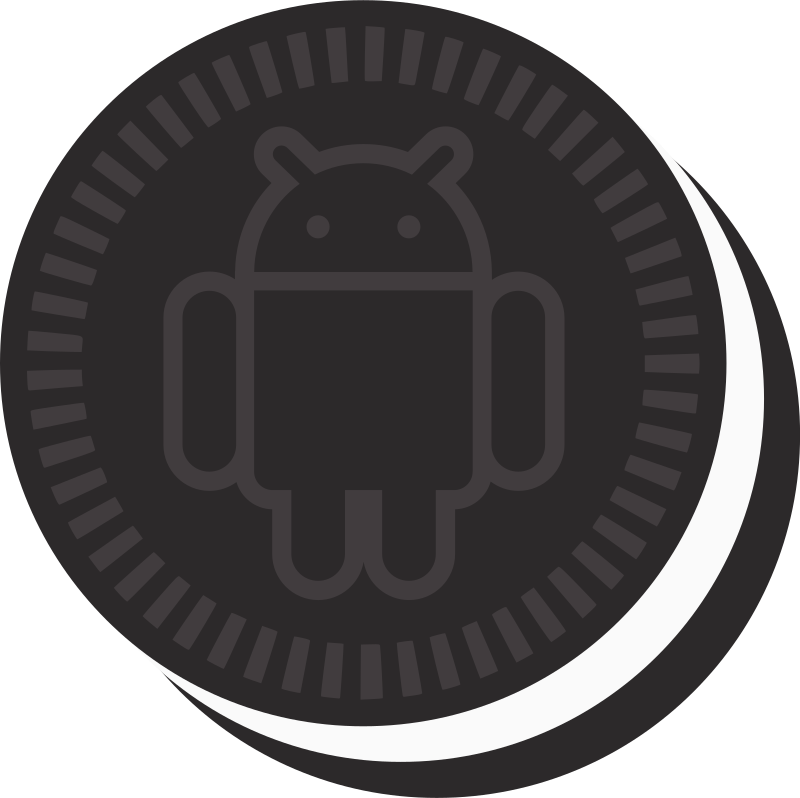 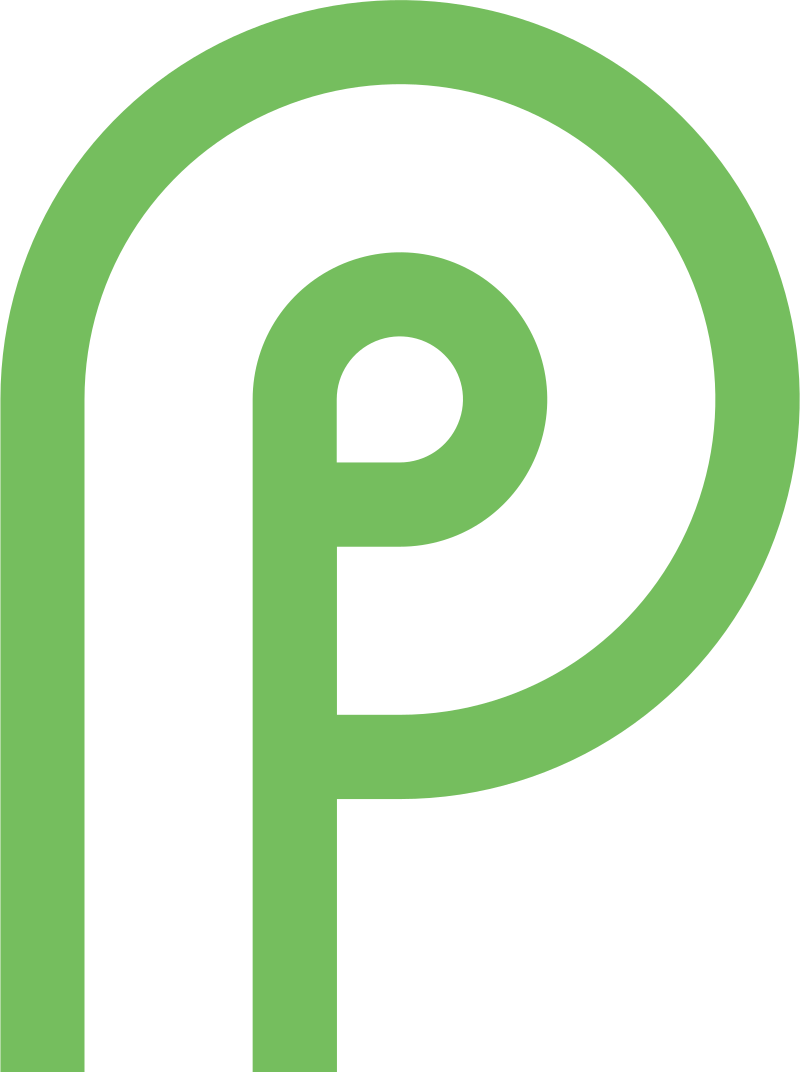 Android 9.0: AndroidPie Is the ninth major release and 16th version by google. This version was released in August 2018. In 2020,26.06% of android devices Run(Pie version) and It is the second-most used version of Android. Let’s see what is update The Do Not Disturb mode, redesigned on-screen navigation bar, Adaptive Battery saver, and using Detail’s many more upgrades click here to know more.

Android 11 is the eleventh major release and 18th version of android. This version was released on September 8, 2020. The first phone launched with android 11 was Vivo V20. let’s see what is inside in this version introduces “conversations” notifications, controlling smart home devices, screenshot button is moved to the recent screen, voice control system,5G network connectivity, built-in screen recorder, Bubbles is designed for multitasking and many more feature Click here to know more.

Android 12 was announced at Google IO 2021. Android 12 will likely be released in September or October. The first phone was launched with Android Google Pixel phones. The Features of Android 12 are Refreshed UI, including the notification shade, the lock screen, and volume controls, Widgets see a redesign too, looking much more rounded this time. This year of making sure that privacy is at the center of Android 12 and many more Updates. Click Here to know more…

In this blog post, I tell you complete Android Versions list A to Z With Full Details. If you have any questions Comment, I will definitely Reply.